Job hunters and companies are in somewhat of a bind over legal marijuana. Legalized marijuana hasn’t changed the fact that employers don’t have to hire you or keep you employed. In California, for example, a federal district court ruled that being prescribed medical marijuana doesn’t take away an employer’s right to not hire a person with a marijuana prescription. In fact, in all states where marijuana is legal in one form or another, employers are still able to keep their drug policies intact.

Further, Businesses with federal contracts must adhere to the Federal Drug-Free Workplace Act (FWA), meaning that in order to continue doing business with the federal government, they must maintain a drug-free workplace. These companies might be more prone to having zero tolerance policies and drug testing in order to maintain their government business. However, nothing in the FWA requires these companies to drug test their employees. But it is worth noting that if you’re going to apply for a job with a company that does business with the U.S. government, there’s a good chance you’ll have to undergo a drug test.

If you’re a medical marijuana patient searching for employment, it might very well come down to having to decide between earning a living or getting your medication. In Illinois, employers are given pretty wide discretion on whether they want to hire someone who uses medical marijuana. They are not legally obligated to do so, and lawsuits alleging discrimination have already failed in other states with legal marijuana. And because the drug remains illegal under federal law, the Americans With Disabilities Act will not protect a patient either.

Also, keep in mind that some jobs are legally forbidden to be filled by marijuana patients. These jobs include police officers, firefighters, school bus drivers, correctional officers, and pretty much any job that requires a commercial driver’s license. So if you use marijuana, whether for medical reasons or recreationally, these jobs will remain off-limits to you until you give the drug up for good. Trying to sneak by and use marijuana while employed with one of the above jobs will not only land you back in the unemployment line, but will probably land you in court as well.

One option for job seekers is to simply be upfront with a potential employer about your marijuana use. If the job is office work, then a case can be made that using marijuana on the weekend will not affect your work during the week. Some employers, especially small businesses that can afford to be more flexible with their HR policies, might give you some leeway. Or, if you know that the business does a pre-employment drug screening, you simply need to avoid marijuana for about a month, giving it time to get flushed from your body. This is a riskier option because if the employer decides to test you again sometime during your employment, you will come up positive for marijuana, which might result in termination.

Finally, the easiest route to take is to find a company that doesn’t drug test at all. If you’re going to work in an office and sit behind a desk all day, there’s a good chance that no one will know (or necessarily care) that you use marijuana on your own time. The American culture is rapidly changing and marijuana is becoming more and more accepted. Alway remember, however, that because most states have at-will employment laws (an employee can be fired for just about any reason), you can still be terminated for your marijuana use.

In the end, looking for a job while using marijuana comes down to how much risk you want to take and how important marijuana is in your life. If you’re only using it recreationally, then it’s probably easier to give it up to find employment. Medical marijuana becomes a very different issue because it’s used to literally help many people live their lives. A person who smokes marijuana to alleviate otherwise crippling pain is in a much more precarious position than someone who just likes to relax on the weekend.

Number of items in cart: 0 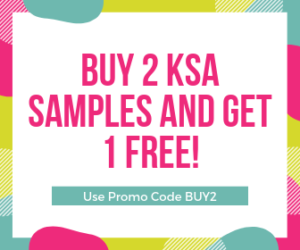